The desire to feel safe has been around as long as humans have existed. It is a basic need, second only to food and water. You have to admit, we are generally pretty spoiled today with all of the technological advances society has made. We didn’t get to where we are overnight, though. You may be surprised to know that the groundwork for smart security systems was laid generations ago.

To ward off predators and keep themselves out of harm’s way, cavemen became accustomed to using weapons such as rocks, fruit branches, and other natural resources. Eventually, these tools were fine-tuned into weapons like spears, bows and arrows, and slingshots used to hunt for food and increase their odds of survival.

Most studies suggest the domestication of dogs occurred around this time. Young wolves were rescued by humans and reared alongside babies. Over time, they evolved into the dog species we know and love today. Their natural hunting and herding abilities in addition to their loyal personalities made them faithful guard dogs. Shortly after is when moats became the first line of defense in keeping people intruders at bay. Large trenches surrounding a castle were used to protect the fortress from danger.

During this era, an increasing number of individuals and businesses began to employ security guards for their personal protection. Security was critical for members of the royal family and members of high society in order to protect themselves and their personal property.

The invention of electricity brought home security to a whole new level. After Augustus Russell Pope created a patent for an electromagnetic alarm, wealthy individuals and business owners were able to secure their valuables independently for the very first time. This system involved installing magnetic contacts on windows and doors that when tapped, would send a signal through a series of wires to sound the alarm. Because the technology was extremely new and advanced for the times, the public was originally skeptic. It wasn’t until the patent was sold to Edwin Holmes and the systems were popularized in 1858.

Since then, we have made massive advances on home security. From locks and vaults, to CCTV and cloud technology, we have seen an explosive growth of security services all around the world. As we become more advanced, it is increasingly important to create more sophisticated methods of protection while making it accessible, easy and affordable to as many people as possible. No matter what your home requires, we’ll find a solution for you that’s more effective than a moat. Click here to learn about more modern security features. 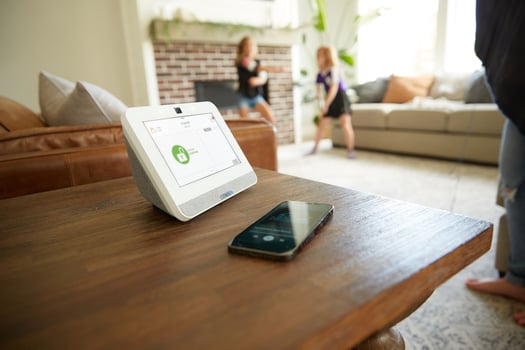